Instagram Is Trying to Curb Bullying. First, It Needs to Define Bullying. 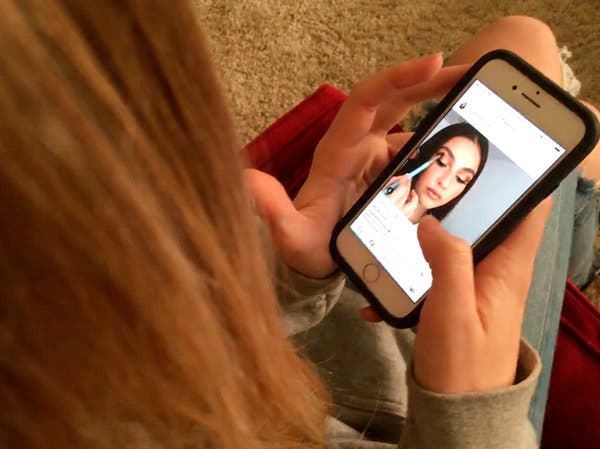 If you were to rank all the ways humans can inflict harm on one another, ranked by severity, it might be a few pages before you got to “intentional inducement of FOMO.”

Purposefully giving someone else FOMO — fear of missing out — is not a crime, or even a misdemeanor. But it is a big problem on Instagram, where millions of teenagers go every day to check on their peers. And it is one of the subtle slights that Instagram is focused on classifying as part of its new anti-bullying initiative, which will use a combination of artificial intelligence and human reviewers to try to protect its youngest users from harassment and pain.

The anti-bullying effort is part of a larger attempt by Instagram and its parent company, Facebook, to clean themselves up. Both platforms have struggled to contain a flood of toxic behavior, extreme content and misinformation on their services.

Instagram is particularly vulnerable because of its young user base. About 70 percent of American teenagers use the service, according to the Pew Research Center. And 42 percent of cyberbullying victims ages 12 to 20 reported being bullied on Instagram, according to a 2017 survey by the British anti-bullying organization Ditch the Label.

This week, I went to Instagram’s New York office with several other reporters to hear its executives describe how they’re trying to fight bullying. It’s not the company’s first time talking about the topic — the former chief executive, Kevin Systrom, discussed bullying all the way back in 2016 — but it is a subject of renewed focus there. Last year, Instagram announced an effort to use A.I. to label instances of bullying within photos. This year, it said it would begin testing new features aimed at improving teenagers’ mental health, including the ability to hide “like” counts on posts.

“There are a lot of teens using Instagram, so we actually see new behaviors and words all the time, and we need to work quickly to understand if these new trends are harmful,” said Bettina Fairman, Instagram’s director of community operations.

These efforts are still unproven, and, like any Facebook-related promises, they’re best taken with a heaping handful of salt. But Instagram seems to be more aggressive about this than competing platforms like Twitter and Snapchat.

If you want to stamp out bullying, you first have to know what forms it takes. So late last year, Instagram began assembling focus groups of teenagers and parents and gathering feedback about what types of unwanted behavior they encountered on the platform.

Some were the predictable types of threats and insults — like rating users’ attractiveness on a one-to-10 scale, a practice that Instagram already prohibits — while others were more unexpected.